The Jets take on the Oakland Raider tomorrow at Met Life stadium. Rarely do the Jets meet the Raiders here for some odd NFL reason. The Raiders are coming in with a 6-4 record and coach Jon Gruden is doing a better job than I thought he would. The Raiders are led by Quarterback Derek Carr who has a 72.3 completion percentage with 15 TD passes and 5 interceptions. He has a quarterback rating of 105.2 so far. Another weapon on offense the Jets have to be concerned about is rookie running back Josh Jacobs. This 1st round draft pick from Alabama is having a great year. So far he has 923 yards rushing with a 4.8 yards per carry average with 7 touchdowns. The key to stopping Jacobs is to wrap him up. He is excellent at breaking tackles so the Jets defense has got to be on their “A” game. Once Jacobs breaks a tackle his motor goes into high gear and he gets tougher to take down. Another weapon on offense that will create problems is tight end Darren Waller. He has 56 receptions with 666 yards and 3 TDs. Originally drafted as a wide receiver by the Ravens in the 6th round, this Georgia Tech product is having a breakout year. For any of you jazz fans out there, Darren Waller is the great-grandson of legend Fats Waller. Wide receivers Hunter Renfrow and Tyrell Williams are good but do not scare me though Williams has 5 TD receptions. On defense the Raiders have a few headaches for Sam Darnold and company. Rookie defensive end Clelin Ferrell (1st round Clemson) along with fellow rookie Maxx Crosby (4th round Eastern Michigan) have already combined for 10 sacks. Both are threats on every play but the player the Jets have got to contain is linebacker Tahir Whitehead. This New Jersey naive is having a breakout year with 75 total tackles in 10 games with 5 1/2 tackles for a loss. Interestingly in the last 6 games Whitehead has played in 100% of the defensive snaps. Jet fans, when watching the game keep an eye on number 59. This late bloomer (29 years old) is a good one. 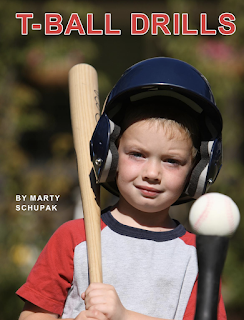 Jets Game Plan
Not to beat a dead horse but the Jets offensive line has got protect Sam Darnold. Rain and sleet with high wind gusts are expected so the line has got to open up holes for the running game. The running game showed a little life last week and I would continue to give Bilal Powell more reps. He is not in the same class as Le'Veon Bell but last week he seemed to find the holes better. I would continue to have Darnold throw the quick passes and if he rolls out, I would roll him toward Maxx Crosby’s side. It is better to go toward him then have him chasing Sam. On defense the Jets should consider using Jamal Adams as more of a hybrid as a safety/linebacker. He has become a force on defense so I would put him at the line of scrimmage even more times and take out a linebacker (James Burgess) and start another safety or defensive back (yes, have 3 of them). DB Kyron Brown is the guy I would start.
With Jamal Adams, when he is on the line of scrimmage, he should constantly change sides. On some passing downs, Adams should hit tight end Darren Waller at the line of scrimmage to alter his route running.

Score Prediction
The Oakland Raiders can be beat. Though they are 6-4 but they have scored 225 points this season while giving up 250 (21st in the league). Look for the Jets to win this game in horrid weather.
Jets 19-Raiders 17

Marty Schupak's Youth Sports Blog
Rising Up
Sam Darnold:After a 3.6 QB rating against the Pats, the numbers have been going north: 73.3, 85.4, 97.9, 121.3. And he is building chemistry and trust with his teammates.
Jamal Adams: What can you say about this guy? Probably the first Jet on defense since John Abraham opposing offensive coordinators have to game plan around.
Jonotthan Harrison: Since this center replaced Ryan Kalil, the offensive line has looked a little better.
Ryan Griffin: Don’t mistake this tight end for Gronk yet but all he does is block, catch everything thrown his way and run well with the ball.
Neville Hewitt:This linebacker has missed 5 games but he makes plays when he is playing and his effort is second to none.
Kyle Phillips: This DE has been the surprise of the season. His production slowed a little but he has a motor that never stops.

"must have' book for t-ball coaches and parents.

Jets Scribes
Rich Cimini, ESPN
Rookie CB Bless Austin received praise from coach Adam Gase, who said: "He was driving us nuts on the scout team. When you're making receivers angry ... you know he's got something to him." Austin, who spent the first eight games on the NFI list as he recovered from his second ACL surgery, has held up well in two starts. He has allowed only six catches for 59 yards as the closest defender, per NFL Next Gen Stats.

Ryan Griffin’s “sticky-hands” TD celebration last Sunday went viral and prompted a T-shirt company to create this shirt. #Jets Via 500 Level Marketing. (No, he didn’t have stickum on) He got the idea from Madden video.

Manish Mehta, NY Daily News
Bell has been ineffective on a bad football team. To his credit, he lives without regret. There’s no DeLorean or Hot Tub Time Machine to go back to March and pick a different team in free agency.

“I made a decision,” Bell said in a candid conversation with the Daily News about choosing the Jets. “And I’ll live with it.”

The three-time Pro Bowler has navigated this forgettable season with aplomb when it would have been easy to let his frustrations bubble to the surface. He’s averaging a career-low 3.2 yards per carry and hasn’t had much of an impact amid this miserable 3-7 campaign.

Cornerback Bless Austin has given the Jets’ maligned secondary an unexpected jolt since being activated two weeks ago. The rookie sixth-round pick, who hadn’t played in 14 months since suffering a torn ACL in back-to-back seasons at Rutgers, has been solid in his first two NFL games. Austin spent the better part of his time since the draft rehabbing his knee and making sure that his conditioning didn’t drop off, while waiting for an opportunity.
“The guy’s run enough sprints for a lifetime probably,” Adam Gase said Thursday. “He conditioned from the time he got here to the time he actually was able to practice. You talk about a guy that was hungry to get on the field. When he stepped on the field you could tell he was excited to be out there. He was driving us nuts on scout team which, when you’re making the wide receivers angry — the guys that are playing on Sunday — then you know he’s got something to him.”

Austin was solid in relief of an ineffective Nate Hairston against the Giants before getting his first career start against Washington last week. He’ll likely be tested by Raiders quarterback Derek Carr on Sunday.

Brian Costello, NY Post
Demaryius Thomas didn’t arrive at the Jets’ complex until a mid-September trade from New England, but the 10-year veteran receiver clearly has made an impact on his new teammates in a short time.

Enough of one, that is, that Gang Green’s existing captains recommended last week that Thomas officially be designated for inclusion in their exclusive group following recent season-ending injuries to safety Rontez Miles and center Ryan Kalil. Thomas served as a captain for the first time during last Sunday’s win over Washington, and he will continue to do so this week against the Raiders, according to coach Adam Gase.

“It means a lot,” Thomas said after Friday’s practice in Florham Park. “I try to take myself as a leader, as a captain. I’m going to try to help the lead the team and teach them some of the stuff I learned in my career being around Tom [Brady], Peyton Manning, Brian Dawkins, Champ Bailey … and just try to adapt it here, some of those things.

“I think that’s one of the reasons why they voted me in. I appreciate it. I respect it. It meant a lot.”

Thomas, 31, became the 49th player in NFL history to amass at least 700 career receptions on Oct. 21 against the Patriots, nearly six weeks after they dealt him to the Jets, on Sept. 11, in exchange for a 2021 sixth-round draft pick.

…..Thomas believes he’s primed to help Darnold and the Jets’ offense even more over the final six games, beyond the 29 receptions he has posted over eight appearances. The Georgia Tech product excitedly added that he finally started to regain his explosiveness “like two weeks ago” after suffering an Achilles injury late last season with Houston.

Either way, his teammates say his impact already has been undeniable.

“He’s always willing to help and share what he’s experienced in the game and that’s amazing to have,” McLendon said. “It’s always important for a veteran guy who’s done it and seen a lot of football. The biggest thing honestly is how much the guys are learning from him, not just the receivers, but everybody on the team. He’s a guy everybody can learn something from.”