Jets Weakness May Be It’s Strength!

All during last season I was a big critic of the Jets offensive line. Going into free agency and the draft I fantasized the Jets would get Kirk Cousins, they would sign guard Andrew Norwell and draft guard Quentin Nelson. With these three and filling in the pieces, the Jets offense would be set for a few years. It didn’t work out that way. I was blown away that the Jets did not address the offensive line in the draft. Is the offensive line as bad as we all thought? Or does the coaching staff know something we don’t know? When you look a little closer at the offensive line situation, it may not appear as bleak as we all thought. In fact the Jets offensive line may turn out to surpass everyone’s expectations in 2018. They picked up a couple of free agents in centers Spencer Long and Travis Swanson. Both had injury issues but the Jets expect Long to be ready to go. If he is healthy, this is a definite upgrade from last year. Swanson may take longer as he is battling concussion issues. At left tackle Kelvin Beachum and right tackle Brandon Shell are the starters. At guards the Jets have James Carpenter on the left side and Brian Winters on the right. Tackle Ben Ijalana, guards Brent Qvale, Dakota Dozier and center Jonotthan Harrison make up the depth as the back-ups. Last year the offensive line looked weak as can be to Jet fans. Many thought center Wesley Johnson was the weak link. According to Pro Football Focus,  Johnson earned the lowest overall grade in 2017 among 35 qualified centers. This is not good. In fact I was all over James Carpenter the left guard last year because of his play but looking at the films closely, a lot had to do with Johnson’s man collapsing the line penetrating every which way. This is not to blame everything on Wesley Johnson and let Carpenter off the hook but the center position should be improved this year. James Carpenter must have a better season himself and hopefully he comes into camp in shape. He seemed overweight and slow last year. The good news is he is 29 years old. Kevin Beachum  was ranked 37th out of at least 64 tackles by Pro Football Focus with a grade of 71.6 out of 100 which is not awful. I expect him to improve because he is another year removed from knee surgery. Right tackle Brandon Shell in the third year of his rookie contract, ranked the 44th best tackle in the league. Shell has improved every year and the Jets may have found a good one there. He does have a lot of trouble with athletic, quick edge pass rushers and has not shown me he can handle them one on one. To me the big question mark is Brian Winters who went down last year with a horrific injury tearing his abdomen and abductor muscles in week two against the Raiders. Winters tried playing through the pain and wound up playing 13 games before landing on the injured reserve list in December. If we get the Brian Winters from two years ago, when he was above average and pretty solid, it would be great! He is still only 26 years old. Last year his play was not good because of the injury and he had too many penalties. The Jets have brought in a number of un-drafted free agent offensive lineman. Among them Austin Golson from Auburn has the best chance to stick because of his versatility playing all the positions on the offensive line. The bottom line is the coaching must feel they are in good shape with the offensive line. The way they play in the
pre-season may determine the plan for Sam Darnold. It would be stupid to play Darnold if there is no improvement in the OL. Let’s hope the coaches know best!

Below is a stat sheet that combines sacks plus quarterback hits. Even though the Jets total of 144 ranked 9th from the bottom, they were not as bad as Jet fans may have thought.

Miami Dolphins
…..According to Ben Volin of the Boston Globe Dolphins owner Stephen Ross wanted to trade back a few picks and save money in the first round. He was talked out of it as the Dolphins picked the player they wanted Minkah Fitzpatrick…..Dolphins third-year coach Adam Gase said Thursday he’s happy with the roster it’s taken him two-plus years to construct. “It feels right for us right now,” Gase said. “I feel like we’re in a good place. It feels like we’ve got the type of people all working in the same direction and working toward...

New England Patriots
…..According to ESPN's Mike Reiss, left guard Joe Thuney is preparing for upcoming foot surgery that "isn't considered anything that should threaten his availability for the 2018 season," but will keep him off the field during passing camp practices…..From USA Today:The offensive line remains a concern, especially if Isaiah Wynn doesn’t make an impact as a rookie…..Belichick got a prototypical Patriot slot receiver in the seventh round in 5-9 Braxton Berrios of Miami. Belichick himself scouted the Hurricanes' pro day. He returns punts, too, cut from the Wes Welker mold. 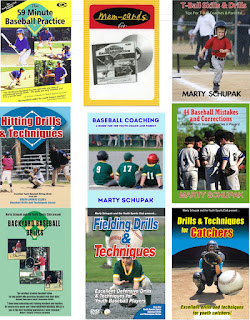